A Lakota dancer in full slow at the Black Hills State University Pow Wow in Spearfish...A modern pow-wow is a specific type of event where both Native American and non-Native American people meet to dance, sing, socialize, and honor American Indian culture. There is generally a dancing competition, often with significant prize money awarded. Pow-wows vary in length from one day session of 5 to 6 hours to three days. Major pow-wows or pow-wows called for a special occasion can be up to one week long...The term also has been used to describe any gathering of Native Americans of any tribe, and as such is occasionally heard in older Western movies. The word has also been used to refer to a meeting, especially a meeting of powerful people such as officers in the military. However, such use can also be viewed as disrespectful to Native culture. 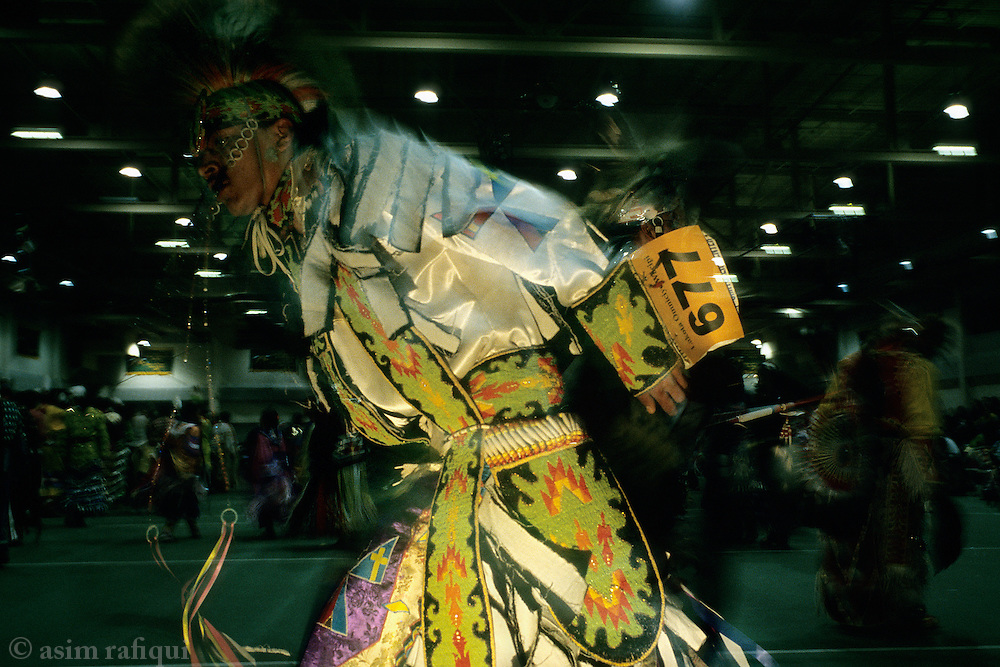